ABEJOYE SEASON II LEAVES NO GROUNDS FOR COMPARISON WITH ITS PREQUEL

When news of a sequel to the first season of the 2017 hit Mount Zion movie, Abejoye: The Kingmaker, carried with the east wind of internet gist and came my way, my responsive feeling was fear. I was afraid that what was okay on its own would be ruined by the ambitious shot of adding to it. I’ve seen and heard of one too many movies that were great until the producers decided to eke out the story with a sequel.
In spite of the good feedbacks I got, my skepticism was still tethering on the sidelines as I started watching Abejoye: The Peacemaker. I would later find out that my worry was needless.
The story picks up from where we left off like the hiatus of at least a year is nonexistent. Olayiotan is still with Bamidele’s family in America, this time not as a snag but a delightful, growing believer who is enthusiastic about God and everything he learns about him. Bamidele is trying to get off his history with Dedun and he would be needing a lot of luck with that. Laide is learning to love her father-in-law and back at home, all hands are on deck against Olayiotan.
With the conclusive end of the first season, one would wonder what would be left to show, one would expect a weak story. Mike Bamiloye presents an even thicker plot with more characters and intrigue than what we experienced previously. In creating a new experience, the writer doesn’t lose sight of where we are coming from and this consistency helps see the story as a single line running through 2 seasons. The characters are also maintained, Olayiotan Abejoye is still garrulous and funny, I’m glad that the converted Olayiotan is not a far cry from whom we met in season 1. It would have been plain ludicrous and unrealistic if he went from being Olayiotan Abejoye to brother Olayiotan. Bamidele is still headstrong and averse to incessant fasting and prayers, Laide still gets critical and Diwura is still the winsome child.
Addressing the complaint I raised in my review of the first season, we get to see more of Ajibogun town in the second season and there are frequent shuttles between America and Nigeria.
The messages in this season of Abejoye are passed across effectively and there is a whole lot to be learned. New creation realities, the authority of a believer in Christ, the power of God’s word, Jesus name and Jesus in a believer, the place of being alert and on guard, not leaving a broken hedge, the display of elderly wisdom by Abejoye. I could go on, but trust me, asides being entertaining, Abejoye 2 is very edifying.
Lanre’s character had just one scene and less than five minutes screentime and that was more than enough for the actor to prove himself skilled and worthy of bigger roles. Dedun’s character makes you roll your eyes at some points, Wole Adeyi as Bamidele is not bad, Mike Bamiloye bring Olayiotan on with the same fire as we saw in season one and Gloria Bamiloye is a natural as Laide.
Like I said in my review of Abejoye 1, most scenes drag longer than necessary, some dialogue are unnecessarily verbose too.
The effects are sweet and not too theatrical and the background music gives the right feel for every motion of the story.
In all, Abejoye 2 is better than its prequel in every way.
Good news is, this season of Abejoye would be airing on YouTube come the 9th of June, 2019. You might want to save a virtual seat. 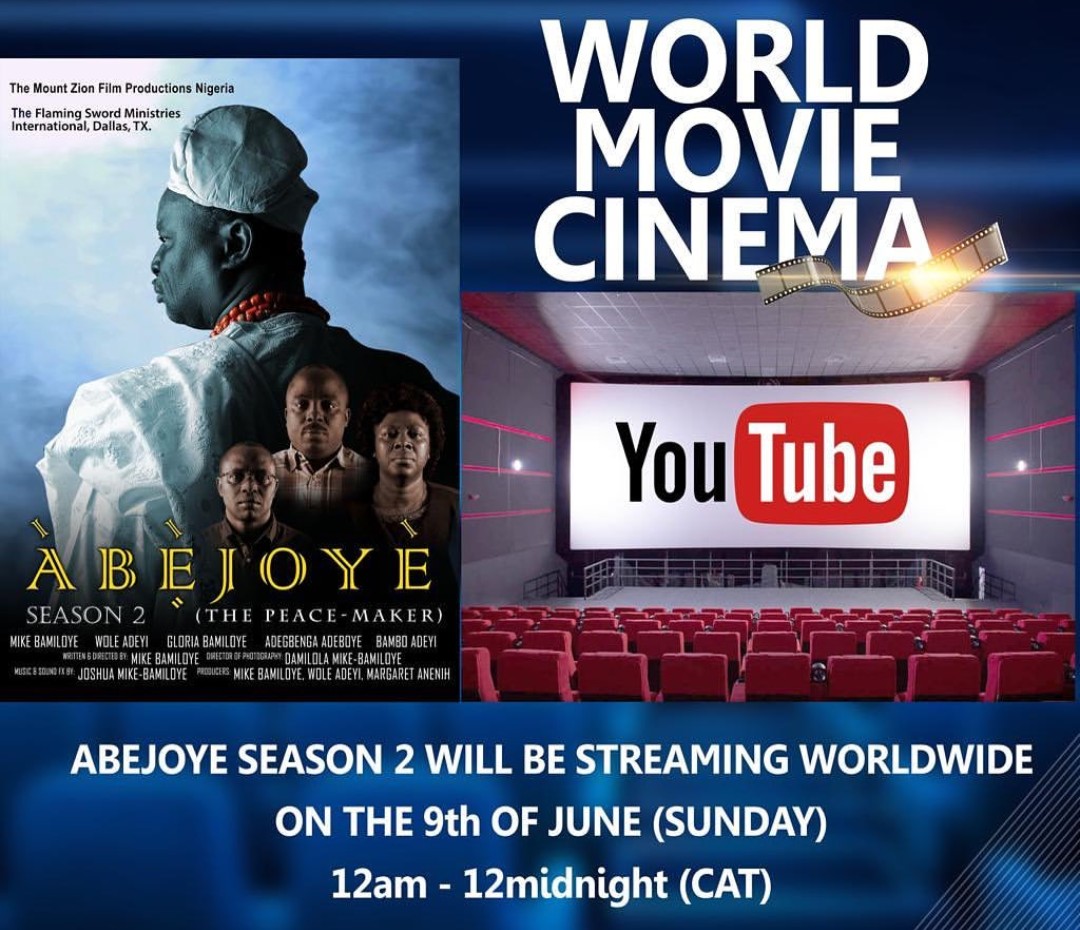